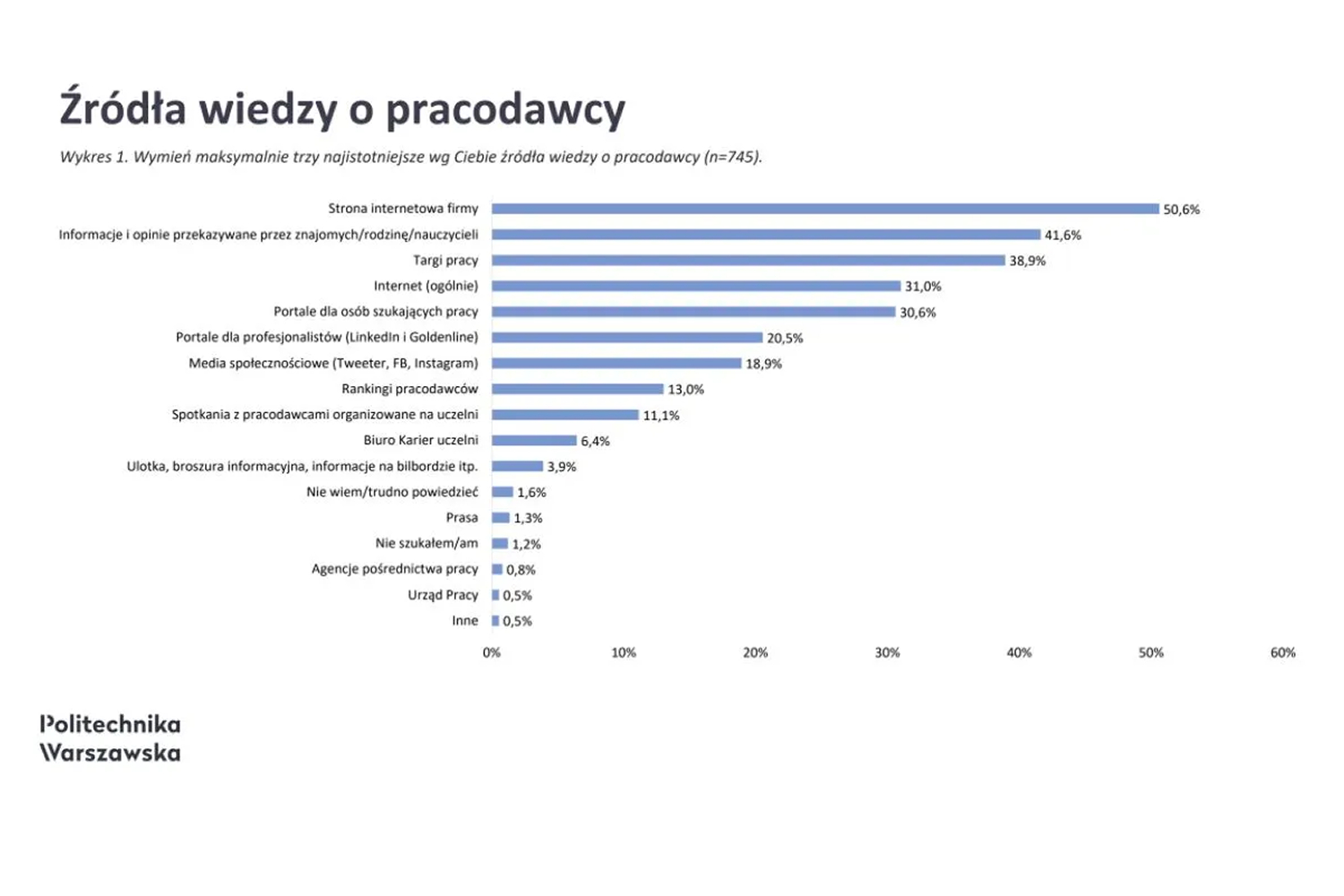 The time has come to summarize the PDI Plebiscite from the last edition of the Engineering Job Fair. We would like to share with you information who, according to the students, was the best employer and which companies met your expectations to the greatest extent.

At the beginning, we will introduce a little more about our Respondents

More than half of the respondents (54.4%) were employed, undergoing an internship or an apprenticeship, or running their own business at the time of the survey. Students mostly worked in large companies employing over 250 employees.

Students spoke positively about apprenticeships. The most common answers told us that thanks to the internships you got to know the organizational conditions and rules in companies and you gained experience working with people. Most of them would recommend participation in an internship or internship to their friends or family (the average assessment of internships, on a scale from 0 to 10, was 8.46).

We are pleased to announce that the vast majority of you (77.7%) made the right decision when choosing their studies, because so many participants are focused on working in the engineering industry in which they are currently studying.

Let's get to the core of our Plebiscite

The beginning of the job search is, of course, the choice of the employer. Students indicated that they most often visit company websites (50.6%) or consult their family, teachers or friends (41.6%) in order to find out as much as possible about their potential employers. The job fair was third with 38.9% of votes. Websites with job advertisements are also very popular, as they are visited by as many as 30.6% of the respondents. The popularity of other sources of knowledge about employers is presented in the chart below:

The next step on the way to employment is to think about what we really expect from the employer. Almost three quarters of respondents (70.5%) stated that the most important factor deciding about choosing a job is the financial aspect. In second place, with over half of the votes (57.2%), was the possibility of professional development in the company. According to the Students, a good atmosphere at work is almost as important as it was indicated by 48.9% of people as a key factor. The least important were the employees' positive opinions about the company, good infrastructure conditions and the company's social responsibility. The charts below show the total answers:

The companies' poll consisted in selecting the best three employers from among 84, based on your opinions and experiences. The winner was Samsung, indicated by 19.9% ​​of students. The second place was taken by PKN Orlen (11.8%), while with the result of 10.1% of responses, the Volkswagen Group was third.

The main reasons why these three companies received the highest number of votes were recognition in the labor market and their high prestige.

Once again, we congratulate the winning companies and wish them good luck in this year's Plebiscite!

We would like to thank the Research and Analysis Department of the Center for Innovation Management and Technology Transfer of the Warsaw University of Technology for developing the results of the Employer for Engineer Plebiscite.